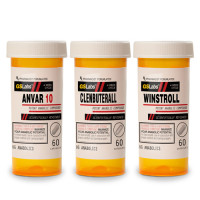 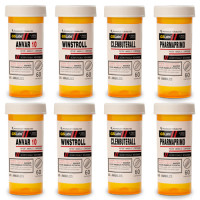 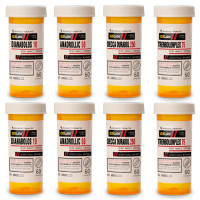 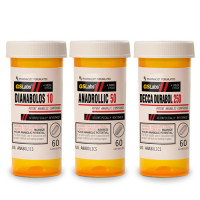 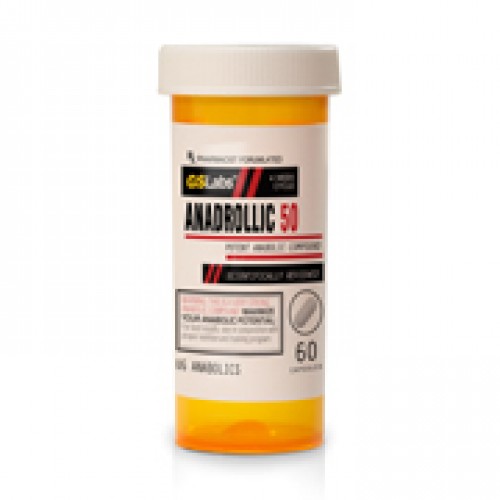 Anadrol (Oxymetholone), called A-Bombs in the fitness community, is a synthetic anabolic steroid. It was developed in 1960 by Zoltan. Medical uses are for osteoporosis treatement, stimulating muscle growth in malnourished patients and anaemia. Today other drugs have replaced anadrol for those medical uses but it has found a new home with HIV wasting syndrome.

Anadrol is extremely anabolic; in fact, it is more than 3 times more anabolic than testosterone. Many times its important to ignore these ratios as they can be misleading but I believe in this case it is accurate. This means mass and strength building which makes it ideal for powerlifters and those looking to put on mass quickly.

Anadrol comes in oral form in 50 mg tablets which is why some refer to it as A50. As you could guess it is 17-Alpha-Alkylated steroid, meaning that it has been altered at the 17th carbon position to survive oral ingestion. This means it is liver toxic so precautions should be taken including avoiding alcohol, running liver cleaning support supplements and of course limiting the duration of use of anadrol to 6 weeks or less. Some experienced users will run it longer but that isn't recommended for liver safety.

Oddly enough, Anadrol is a DHT-derived compound as well which blows away the fitness board theory that everything that is DHT based doesn't help build mass. Due to this, anadrol can't actually convert to estrogen, and its not a progestin or a compound with progestenic activity, so what causes the bloat and the accompanying side effects like high blood pressure, headache, bloating and the lipid strain unwell feeling? It is theorized that anadrol can actually stimulate the estrogen receptor without actually converting. Whatever it is you definitely want to be running support supplements when you take anadrol and monitor your lipid health very closely.

Anadrol is best run as a kickstart to a cycle or as a stand alone. The dosage can range between 25 up to 100mg a day; however, I do not find anything more than 50 mg per day necessary to get tremendous mass gains. If you do choose to hit 100 mg a day I think a quick 3-4 week run would be ample for tremendous results. Anadrol will generally increase appetite, but if you start feeling that run down feeling it can easily kill your appetite instead of stimulating it so use patience. Anadrol probably isn't a good idea to those new to steroids, as the side effects and the fast gains are going to be just too much for a new user to handle.

Anadrol half life is under 16 hours so I would feel comfortable dosing once a day, some users choose to dose twice a day however. Detection time is quite long for an oral at 8 weeks.

Anadrol seems to have lost popularity on message boards and I have several theories as to why. The first is probably that the side effects and bloat that users report does not appeal to bodybuilders, and for powerlifters trying to make weight they probably want to gravitate towards anavar, dianabol, halotestin, superdrol or other AAS that do not add weight quickly pushing them out of their weight class. I also believe that people have realized that the side effects are much better for mass gain from dianabol instead. So its just a matter of anadrol being outmatched by other AAS and being ignored. However it is definitely worth a shot to see how you react before you ignore it.  If you're going to start A50s and you're a skinny guy looking to bulk, I suggest you buy them from GS Labs - they have good anadrollic 50.

Yours in Sport,
Karl Agaton